According to a recent article in the Detroit Freepress: “Drivers will have to jump through numerous hoops before they can get back licenses suspended because of unpaid driver responsibility fees.” So if you thought that come this fall your driver’s license will magically appear in your mailbox, think again.  Getting your license reinstated is more difficult that is seems.

The Freepress article goes on to show the additional fees and steps that will be required for an individual to meet in order to get their driver’s license restored.”The fees will be eliminated and the debt forgiven on Oct. 1 for nearly 350,000 people who owe $637 million. Drivers who had their licenses suspended because of those unpaid fees — about 300,000 of the nearly 350,000 people, according to the secretary of state — will be able to get their licenses reinstated after Oct. 1. A $125 fee will even be waived if the driver gets the license reinstated by Dec. 31.”

So here is the kicker for those who can’t wait to get their license back. As the Freepress article points out, “for those whose licenses have been suspended for four or more years, that reinstatement will have to include successfully completing both written and road driving tests, as well as a requirement to show pieces of identification revealing the driver has a social security number and is a resident of Michigan.”

And you know there will be costs associated with those extra hoops. “If the driver passes the written test, he or she will have to practice driving and then take the road-skills test, which is provided by a third-party tester, said Fred Woodhams, spokesman for the Secretary of State’s office. Tester fees generally cost about $50 per driver. There also will be a $25 fee that the driver will have to pay the Secretary of State to get a temporary driving permit until a driver’s license arrives in the mail.”

“The Michigan Department of Treasury has updated its website to flesh out how the elimination of driver responsibility fees on Oct. 1 will work for the drivers who still owe the fees. The information comes after Gov. Rick Snyder signed legislation last week to eliminate the fees and forgive the outstanding debt.”

One suggestion from a reliable source said if you just got a new Michigan driver responsibility fee in the mail from the Treasury Department, and you lucky enough to have a driver’s license, then try to put off paying as long as possible. Once you get the letter in the mail that says your drivers license will soon be suspended, then work out the minimum payment to get you to the magical Oct. 1st date. 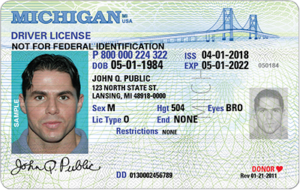 Things you need to know:

The Michigan Driver responsibility fees, were an after court tax that the Michigan Department of Treasury sent you ranging from $100 to $2,000. These were most problematic in poorer parts of the state. Many courts became clogged with individuals who found themselves in a financial hole and had to decide to either drive illegally or lose their job.

The Legislature unanimously passed bills earlier this year that will speed up the elimination of the fees from Oct. 1, 2019, to Oct. 1 of this year.

If you’re having problems getting your license back contact Attorney Matthew Norwood at (810) 235-4639 or by filling out a simply FREE Consultation form at http://www.attorneynorwood.com

If your driver’s license is revoked due to multiple drunk drivings, then you’re going to need to have a restoration hearing with the Secretary of State License Appeal Division.http://www.michigan.gov/sos/0,4670,7-127-1627_8665-29353–,00.html

Get a Free Consultation

Matthew L. Norwood's law practice is devoted exclusively to criminal law and driver's license restoration. Matthew has been working in mid Michigan's criminal court since 2002. Focusing solely on criminal defense has given Matthew the skills to be able to evaluate the Prosecution's case; both the strengths and weaknesses.